2020 is set up to be an extremely unique year for Hollywood, and appears to be the year of long awaited sequels. From superhero flicks to the newest sequel in a long lasting horror series, 2020 will have something to offer for every movie-goer. It’s sure to be a busy year in the start of a new decade, so get your calendars ready, and be sure to mark these titles down because they are definitely the most anticipated movies of 2020. For those of you more interested in documentaries and historical films, take a look at Curiosity Stream for your next at home movie night.

Also, if you love movies and perhaps watching some classics at home, check out Disney+, for a limited time, Disney is offering a bundle with Hulu and ESPN+ for as low as $12.99 a month! Or check out ESPN+ for just $4.99 a month!

Lastly, before you start watching any movies, be sure to grab some wine from Winc! You deserve wine, why not get it shipped right to your door!

Most Anticipated Movies of 2020

Following the major box office success of the first film, A Quiet Place Part II has been in the works since April 2018. The first film’s success was attributed mostly to the surprise directing ability of John Krasinski. The tone, atmosphere and tension all culminated to a wild experience for the audience, and we’re sure to get more in the upcoming sequel. Emily Blunt now takes the reigns as the sole lead, but history shows she has the chops to steal the screen. A Quiet Place Part II is sure to be the smash horror sequel and is a must for this list of most anticipated movies of 2020. Mulan will be the next title in a series of live action films being crafted by Disney. While some of their live action films have fallen short with their audience (Alice Through the Looking Glass), other adaptations have been well received (Beauty and the Beast), and Mulan is sure to have a good reception. The team behind Mulan has decided to ditch the Disney elements of the animated film and take a serious, drama approach instead. No songs, no Mushu, and no child-oriented elements. This film will be a closer approach to the original Ballad of Mulan, and should make for a gripping war epic. No Time to Die

No Time to Die is scheduled to be Daniel Craig’s last adaptation as the iconic superspy James Bond, and it should be quite the ride. The story begins five years after Bond’s retirement, when he’s approached by a member of the CIA to help with the search of a missing scientist. While this may sound like every other James Bond flick that’s been released in the last few decades, the meat of this film is the team behind the scenes. Director Cary Fukunaga has a wonderful background, working as a director for the True Detective television series, and as a writer for the 2017 film It. This film has potential to be quite the sendoff for Craig’s tenure as 007. In the latest line of the Marvel Universe films, we are finally getting the solo film of Scarlett Johanson’s Black Widow. The film picks up after the events of Captain America: Civil War (2016), where Natasha Romanoff (Black Widow) must confront her past and her history as a spy. This film will give more of a background into who the Black Widow was long before she became an avenger. With an awesome supporting cast including Florence Pugh and David Harbour, this solo film is sure to be the blockbuster superhero movie of the year. 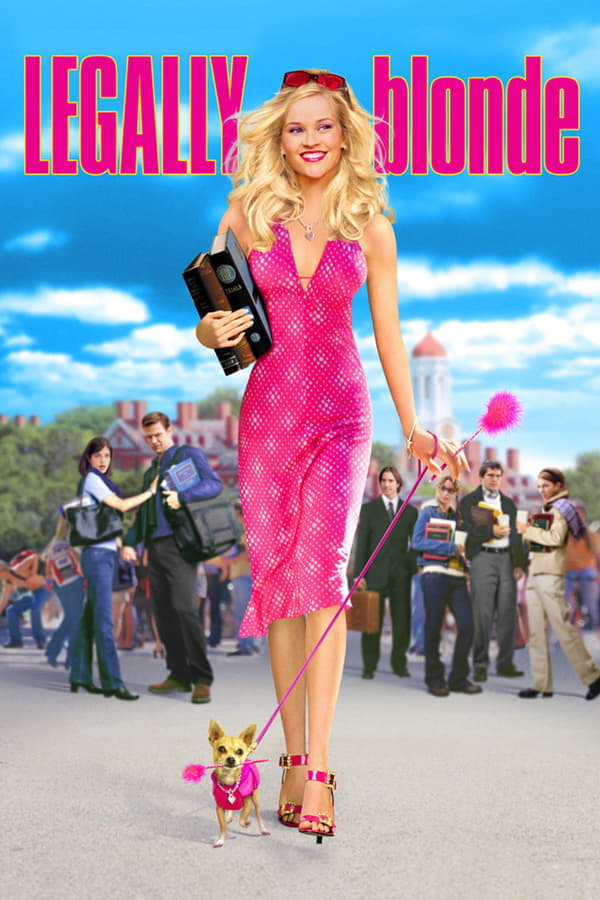 After 17 years, Reese Witherspoon is finally reprising her role as Elle Woods, where we last saw her successfully lobbying for animal rights on Capitol Hill. There are few details as to where the series is headed in the newest film, but if history repeats itself, we’ll see an empowering performance by Witherspoon. The film will no doubt be full of energy, lightheartedness and a whole lot of pink. Spiral: From The Book of Saw

Not for the faint of heart, the Saw series has made a long reputation for making audiences squeamish, horrified and queasy. This newest title in the long line of Saw films might be the most intriguing yet. No, not for the violence, but for the surprisingly star-studded cast. Chirs Rock and Samuel L. Jackson will be co-starring in a Saw movie. Yes, you read that right. Rock is not only starring, but has a hand in co-writing and is the executive producer. The director, Darren Lynn Bousman, was also the director of Saw II through Saw IV, where the series arguably was at its height. This one might be worth checking out for the cast alone, but you definitely won’t want to forget your sick bag. Arguably the biggest superhero success to come out of Warners Bros in the last decade, Gal Gadot reprises her role as Wonder Woman after the box office success of her first solo film Wonder Woman (2017). Chris Pine also returns as Diana’s love interest, Captain Steve Trevor. We also get the inclusion of the new baddie, Cheetah (Kristen Wiig), an archaeologist and friend of Diana who becomes instilled with cheetah-like qualities and appearances. The setting of 1984 is sure to create a fun and vibrant setting for the talents of Patty Jenkins direction. It should be a fun follow up film in the modern Wonder Woman saga.

It’s been 34 years since the release of the hit classic Top Gun. We truly don’t know what to expect. After thirty years of service as a top Navy aviator, Maverick (Tom Cruise) finds himself as a test pilot and a trainer for new recruits in the Top Gun program. Maverick soon finds himself training Lt. Bradley Bradshaw (Miles Teller), the son of Maverick’s late best friend Lt. Nick Bradshaw, aka “Goose”. Maverick must confront his past and soon finds himself pulled into the most dangerous mission he has seen yet. This is sure to be quite the sequel to one of our favorite 80s flicks.

These are just a few of the Most Anticipated Movies of 2020. There is sure to be more interesting titles that pop up throughout the year. So, keep the calendar open, the popcorn ready, and start nabbing your tickets from a ticket seller like Fandango. If you’d rather wait until these films hit streaming services, take a look at Paramount Plus, which offers movies, tv, sports, and more. Time to File Your Taxes! What Are the Best Valentine’s Day Marketing Ideas?

The season of love is upon us, which means it’s time to start thinking of Looking for good dividend stocks to invest in in the coming year? The last few The Best Laptop for Work From Home Employees

So many jobs now give you the ability to work from home! If your job Here’s What to Include on a Ski Trip Packing List

Creating your ski trip packing list can feel daunting, but we’re here to help! The The Best Side Income Ideas During the Winter

Interested in side income ideas during the winter? Winter holidays leave you plenty of time